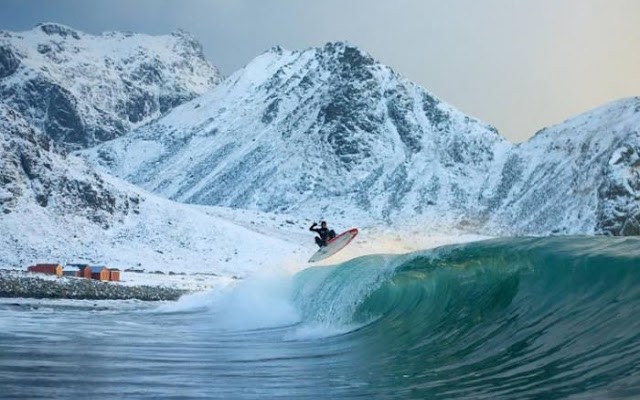 There are few things on the planet cooler than surfing, for a long time it was hailed as the ultimate mix of athleticism combined with style and when you factor in the surf pro’s being worshipped more than many other sportsmen and women could ever contemplate then it was rightly labelled the king of cool sports until….. Snowboarding arrived. Initially developed in the United States throughout the 1960’s, snowboarding got exposed to the masses on a large scale at the 1998 Winter Olympics where it’s unique style and fashionable riders took the globe by storm, from then on Snowboarding broke new barriers in the pursuit of the ultimate adrenalin journey for many and what makes it such a cool sport is that you are never too old to venture onto the board for the first time. There are many reasons why Snowboarding has become so popular, here is just a sample…

Can’t swim- not a problem, scared of sharks- don’t worry about it, fearful about 30 feet waves- the only waves you will see in snowboarding will be coming from the adoring masses watching on as you nail the half pipe in front of an on-looking crowd.

The important thing to know about snowboarding is that you can apply your skills garnered from sports that you currently partake in order to be a success on the slope. Basic leg strength gained from other sports will serve as a perfect complement to the carbon fibre runway of your snowboard that you find yourself perched on atop the slope and whilst the combination of skateboarding and surfing may seem daunting to begin with, once you learn to work with your board instead of against it then it soon becomes an extension of yourself and you soon wonder why you never tried this awesome sport before.

So go forth this winter and reach for the board….you will not regret it